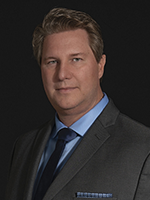 Mr. Jones has served as an Assistant Professor of Law at American University in the Emirates in Dubai, UAE. He taught Business Law, Employment Law, Healthcare Law, Healthcare Ethics, Insurance Law and Negotiations.

We will respond to your inquiry in a timely fashion. Thank you.